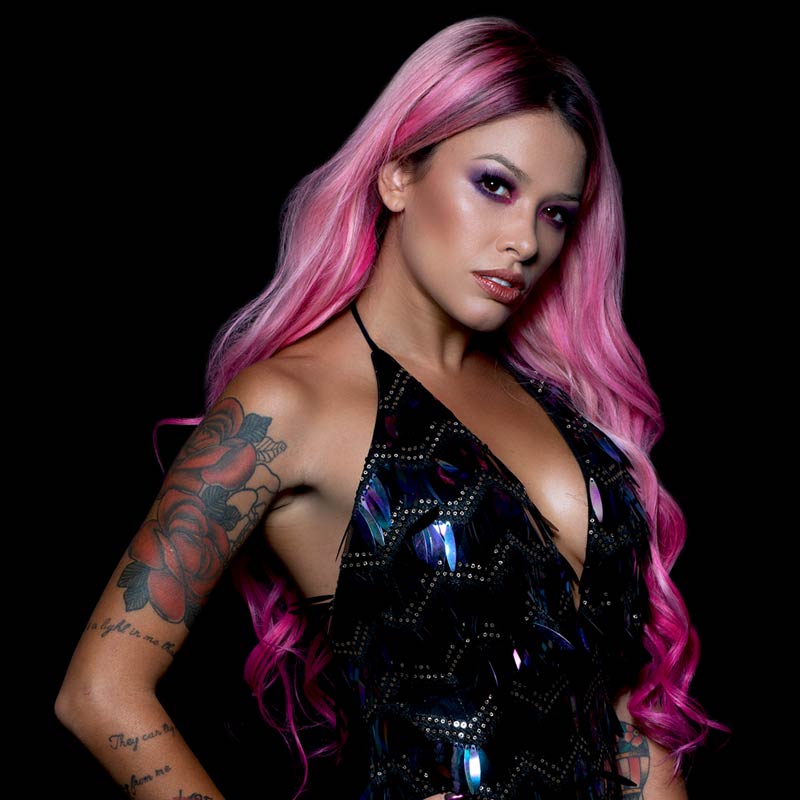 Nikki Valentine is a Brazilian Singer, The Voice Brazil Finalist which is well knowing for her career in electronic music around the world. In the 8 years of her journey, she got hits in the top 5 ranking of Itunes as Cha Cha Boom, Do it and Papa’s World which was reach the 1st place at lTunes Brazil and Spain. In 2018 she started her world tour and already sang in the United States, Mexico, Spain, Colombia, Chile, Portugal, Brazil, Netherlands, Argentina and Costa Rica.

Now based in Los Angeles, she already performed in the biggest LGBT events of the US, such as Los Angeles Pride, San Diego Pride and White Party Palm Springs, where she also opened Kylie Minogue‘s show.

In 2019 she’s gonna make her debut in the biggest LGBT festival in Asia, Song Kran Bangkok, after her song, Your Kiss, hit the Billboard Dance Charts.